hout out for Rootamental guy Blaze Syka check out: blazesyka.com This guy is talented hire him while you still can. 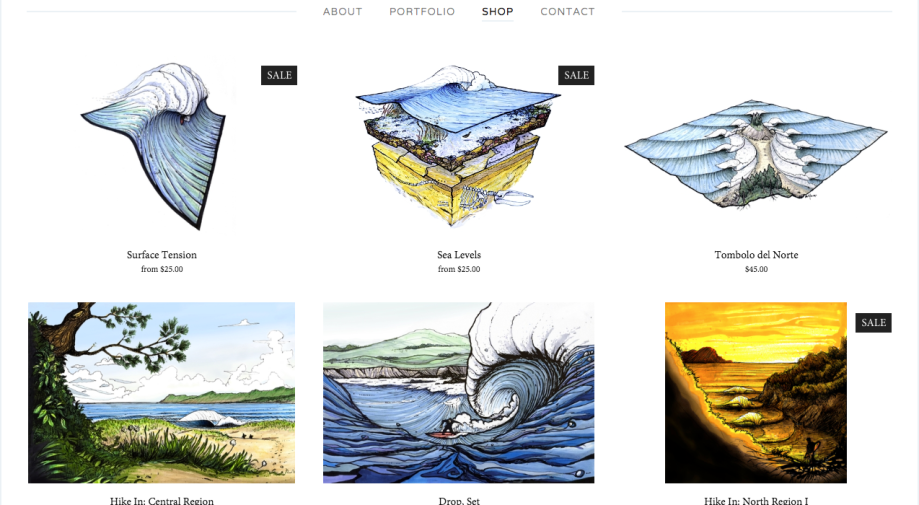 Blaze Syka is a Rootamental artist, illustrator, and photographer, focusing on all things coastal. A native of San Diego, Blaze lives and completely communicates an ocean-minded outlook and coastal culture.

What do I mean by “Rootamental guy”? A Rootamental person is a Renaissance character: someone who is a multitalented SURFtheeARTh tribesman. To be called Rootamental you would practice surfing the earth and creating art and music. Contact us if you are Rootamental.

Dimensional hand painted signage made in the backyard for our awesome Central Coast Veg Fest. Thank you to event makers Jenny & Ross. Pleasure working with them and their awesome community service event. Note: artwork was not mine. Although, the script Central Coast was free-handed. Those carrots were Ross's boards.
Rootamental Brand Skateboard vintage '97 was shared with us by its owner @chad.lee.photography he said it's been all over, has helped him move a million times and still rides like a beast. Looks like he might be doing some cool videoing with it?
Every year we acknowledge the best of the best local companies and offer them a hand painted sign in their honor. 2019 we chose All Good. They are a company committed to restorative and responsible business practices making organic herbal healing products. . . . . . Due to the holiday, weather, and unforseen circumstances we don't have photos of the completed sign to show, but it is on the way.
Big Al wanted me to make a sign with Trader Joe's Core Values. #kaizen a business concept towards continuous improvement of all functions and involving all employees from the CEO to the crew members. "Change for better" Thanks to @salvadormendez333 for helping install.
Charles Shaw the Walrus says only the finest for friends. Who hasn't had a glass of the 100% California grapes wine?
Loving my life painting signs and eating yummy foods at Trader Joe's. The Autumnal Harvest Soup is sweet, smooth, and savory fall comfort food and when you have it with the Cornbread Crisps that taste just like crunchy cornbread – because they are cornbread; you will be stoked too.
Hand painted 30+ signs for @ecoslo and Their nearly 50 Creeks to Coast Cleanup sites. Join hundreds of SLO county volunteers on Saturday September 21 (9am-Noon).
Fresh Ice Cold Lemonade signs hand painted on trashed wood. Chalkboard circle to be able to change the price.
Ecotopia on sacred land for my annual rebirthing. stoked to paint signs and soak up nature with favorite people.
Hand painted for the @liveoakfest 5'x9' event banner, camp signs, and directional upcycled wood signage. This Live Oak music festival is a fundraiser for @kcbxfm a national public radio station serving our CA coast. If you didn't know find it on your radio at 90.1 in SLO.
Thank you to the mother's for all you do, for our kids and us grown kids, without recognition. Today I hope it goes your way. My neighbor mom @heartsdancininmyeyes her daughter and I worked on this sign for the school garden she manages with the kids. Plus she, her husband, and i installed it. It was truly a family project that would not have happen without mom. Everything good that happens is because of a mom.
Love Cayucos Project with @cayucos_collective proceeds going to further share the Love with the place and people we Love in Cayucos, California.
Stoked to release our Rootamental LOVE LOCAL PROJECT and partnering with @ccsurf to offer LOVE SAN LUIS OBISPO Project 1 of a kind hand painted by local artist skateboard decks proceeds going to promote the Love SLO Project.
Quick hand painted wall job on a rainless day for @adams.burgers thanks to @southpaw_signs
I Hand painted another Cayucos Skatedeck available @cayucos_collective ask @toke_illustrated Toke Is It! Things Go Better With Toke, Toke Adds Life, Have a Toke and a Smile.
@radwildlove for Sarah @radwildsarah photo @radwildtyler
Painted a banner for Peace Through Coexistence a local movement that aspires to bring true peace, unity, and healing into our communities by sharing ancient wisdom and sacred offerings through community collaborative based Gatherings.
Hand painted "cut in" lettering inspired by the Welcome to Cayucos billboards that book end the coolest country beach town in California. When you're driving on Highway 1 stop in check out Cayucos Collective gallery and some of the other unique shops.
Rainy day Sacred Geometry fun. Sacred G is the language used to describe the architecture of the universe, found all around us. This "seed of life" is the symbol of creation. . . . . . . . #galaxiaskyklos #milkycircle #vialactea #roadofmilk #milkyway #sacredgeometry #seedoflife #symbolofcreation #rainyday #rootamentaldesign #acroyoga #yogaeveryday #artistlife #yogalife #freespirit
My 2018 Top 9 looks like this: Skateboards and murals. Thank you for supporting the arts and 1 man's life. . . . . . . . . . . #highway1 #cayucoscalifornia #gardenmural #sloguildhall #Alohakauai #futurehome #minikroozer #ourevolution #welcometocayucos #rickgriffin #murfthesurf #beautifulbrianna #giftthatkeepsgiving #rootamentalsigns
%d bloggers like this: