Viktor Schauberger & the Science of Nature.

Some images to contemplate upon, relating to the pioneering work of Viktor Schauberger in the Fields of Forestry, Stream Management, Agriculture, Environmentalism, Implosion Physics and non-polluting, Free Energy Technologies. He personally designed these technologies to benefit humanity and usher in a new era of unlimited abundance for everyone. And it was his intention to resurect Nature’s Beauty, from mankind’s ubiquitous destruction. 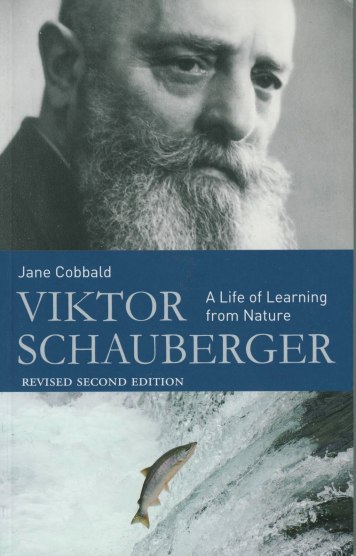 He is a rootamental thinker. The root of decision making is to follow the laws of nature. By carefully studying natural systems, he discovered that Nature’s way of creating energy, by cooling, inward-spiralling movement rather than the explosive heat-inducing motion of our present technologies, produces far more energy and is totally sustainable. This was the basis of the successful free energy devices he produced during WWII. He died forty-eight years ago; nobody has yet succeeded in rebuilding any of them, which is frustrating, as they are one of the most promising sources of sustainable energy.

Viktor Schauberger vividly described how our disdain for Nature’s ways will bring only environmental catastrophe.

His vision – humanity working within Nature’s laws – is the path we must rediscover, if we are to survive.

1933 his only self published book, Unsere Sinnlose Arbeit “Our Senseless Toil – The Cause of the World Crisis”; subtitled ‘Growth through Transformation, not Destruction, of the Atom’. He prophesied the eventual collapse of our civilization due to its arrogant and destructive attempts to control Nature, and its inability to understand how all of life is interconnected and interdependent. More