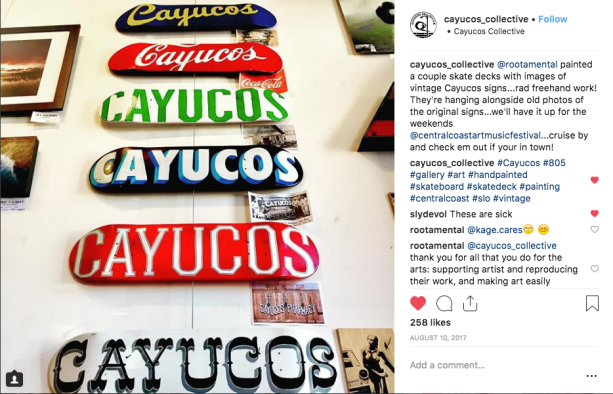 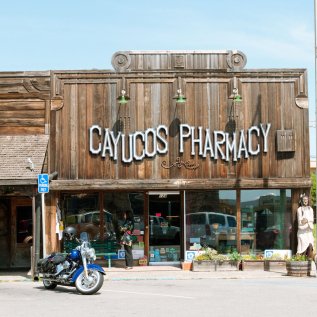 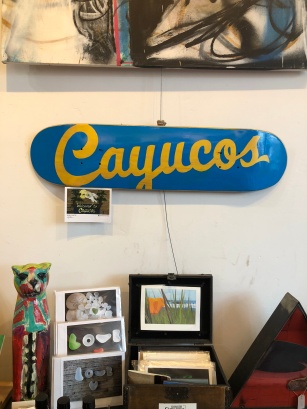 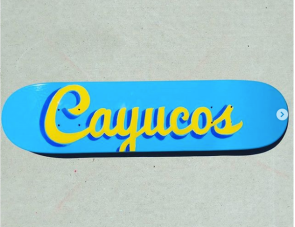 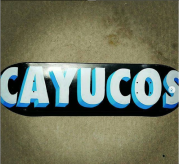 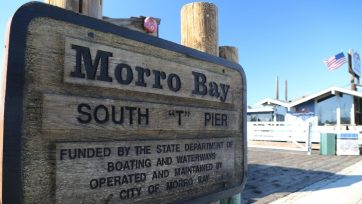 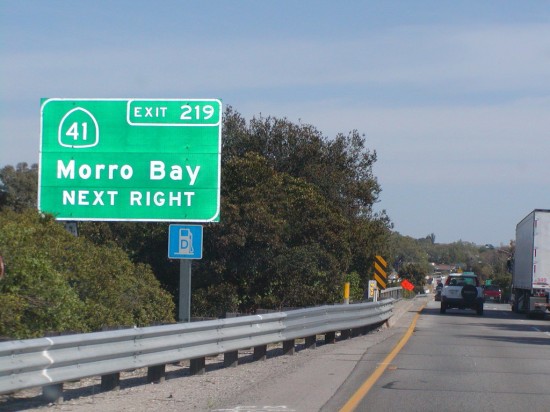 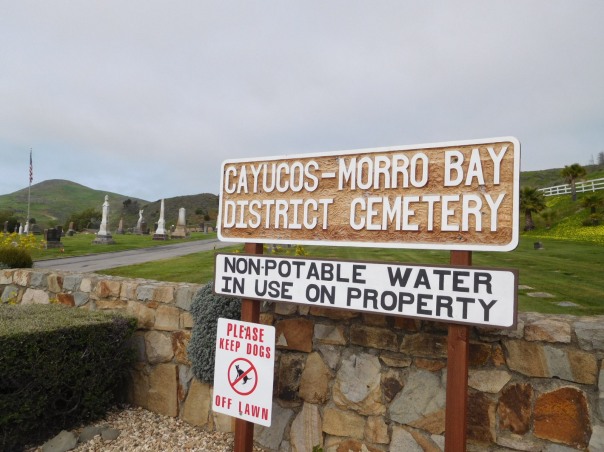 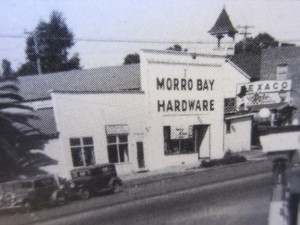 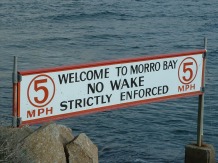 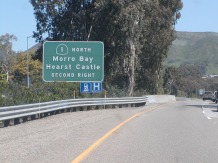 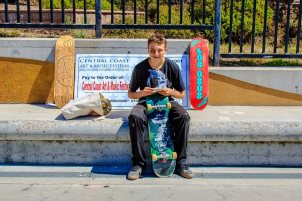 The winner of the $500 Skate Jam Matthew Wilcox 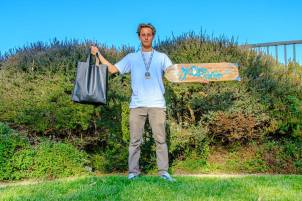 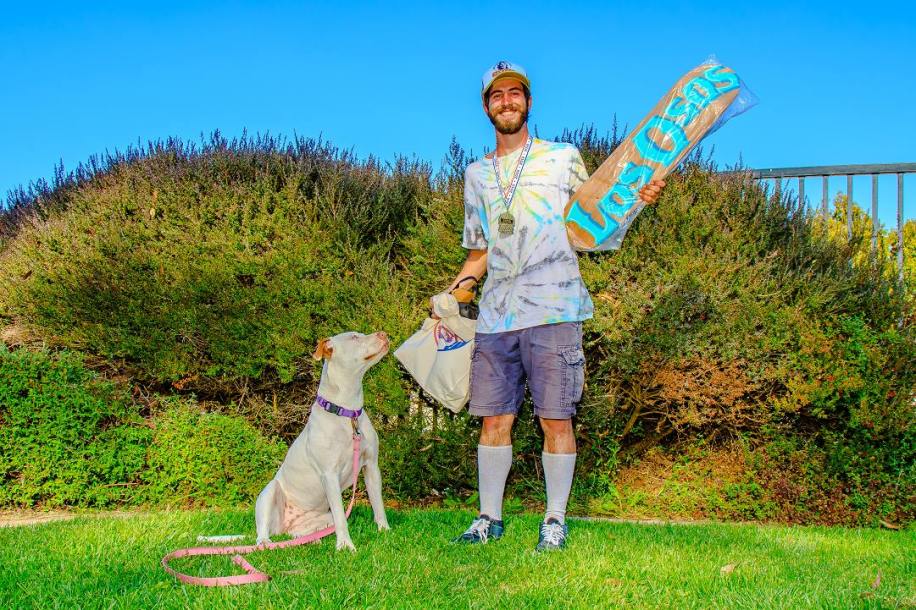 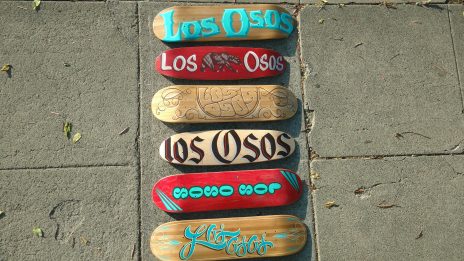 Each year, Earth Day—April 22—marks the anniversary of the birth of the modern environmental movement in 1970 ((which is also the year my mother went into labor while sitting in the dirt gardening. In 1970 I and my Rootamental lifestyle were born)).

The height of counterculture in the United States, 1970 brought the death of Jimi Hendrix, the last Beatles album, and Simon & Garfunkel’s “Bridge Over Troubled Water.” War raged in Vietnam and students nationwide overwhelmingly opposed it.

At the time, Americans were slurping leaded gas through massive V8 sedans. Industry belched out smoke and sludge with little fear of legal consequences or bad press. Air pollution was commonly accepted as the smell of prosperity. “Environment” was a word that appeared more often in spelling bees than on the evening news.

Although mainstream America largely remained oblivious to environmental concerns, the stage had been set for change by the publication of Rachel Carson’s New York Times bestseller Silent Spring in 1962.  The book represented a watershed moment, selling more than 500,000 copies in 24 countries, and beginning to raise public awareness and concern for living organisms, the environment and links between pollution and public health.

Earth Day 1970 gave voice to that emerging consciousness, channeling the energy of the anti-war protest movement and putting environmental concerns on the front page.

The idea for a national day to focus on the environment came to Earth Day founder Gaylord Nelson, then a U.S. Senator from Wisconsin, after witnessing the ravages of the 1969 massive oil spill in Santa Barbara, California. Inspired by the student anti-war movement, he realized that if he could infuse that energy with an emerging public consciousness about air and water pollution, it would force environmental protection onto the national political agenda. Senator Nelson announced the idea for a “national teach-in on the environment” to the national media; persuaded Pete McCloskey, a conservation-minded Republican Congressman, to serve as his co-chair; and recruited Denis Hayes from Harvard as national coordinator. Hayes built a national staff of 85 to promote events across the land. April 22, falling between Spring Break and Final Exams, was selected as the date.

On April 22,1970, 20 million Americans took to the streets, parks, and auditoriums to demonstrate for a healthy, sustainable environment in massive coast-to-coast rallies. Thousands of colleges and universities organized protests against the deterioration of the environment. Groups that had been fighting against oil spills, polluting factories and power plants, raw sewage, toxic dumps, pesticides, freeways, the loss of wilderness, and the extinction of wildlife suddenly realized they shared common values.

Earth Day 1970 achieved a rare political alignment, enlisting support from Republicans and Democrats, rich and poor, city slickers and farmers, tycoons and labor leaders. By the end of that year, the first Earth Day had led to the creation of the United States Environmental Protection Agency and the passage of the Clean Air, Clean Water, and Endangered Species Acts. “It was a gamble,” Gaylord recalled, “but it worked.”

As 1990 approached, a group of environmental leaders asked Denis Hayes to organize another big campaign. This time, Earth Day went global, mobilizing 200 million people in 141 countries and lifting environmental issues onto the world stage. Earth Day 1990 gave a huge boost to recycling efforts worldwide and helped pave the way for the 1992 United Nations Earth Summit in Rio de Janeiro. It also prompted President Bill Clinton to award Senator Nelson the Presidential Medal of Freedom (1995)—the highest honor given to civilians in the United States—for his role as Earth Day founder.

As the millennium approached, Hayes agreed to spearhead another campaign, this time focused on global warming and a push for clean energy. With 5,000 environmental groups in a record 184 countries reaching out to hundreds of millions of people, Earth Day 2000 combined the big-picture feistiness of the first Earth Day with the international grassroots activism of Earth Day 1990. Earth Day 2000 used the power of the Internet to organize activists, but also featured a drum chain that traveled from village to village in Gabon, Africa. Hundreds of thousands of people gathered on the National Mall in Washington, DC for a First Amendment Rally. Earth Day 2000 sent world leaders the loud and clear message that citizens around the world wanted quick and decisive action on global warming and clean energy.

Much like 1970, Earth Day 2010 came at a time of great challenge for the environmental community. Climate change deniers, well-funded oil lobbyists, reticent politicians, a disinterested public, and a divided environmental community all contributed to the narrative—cynicism versus activism. Despite these challenges, Earth Day prevailed and Earth Day Network reestablished Earth Day as a relevant, powerful focal point. Earth Day Network brought 250,000 people to the National Mall for a Climate Rally, launched the world’s largest environmental service project—A Billion Acts of Green®–introduced a global tree planting initiative that has since grown into The Canopy Project, and engaged 22,000 partners in 192 countries in observing Earth Day. 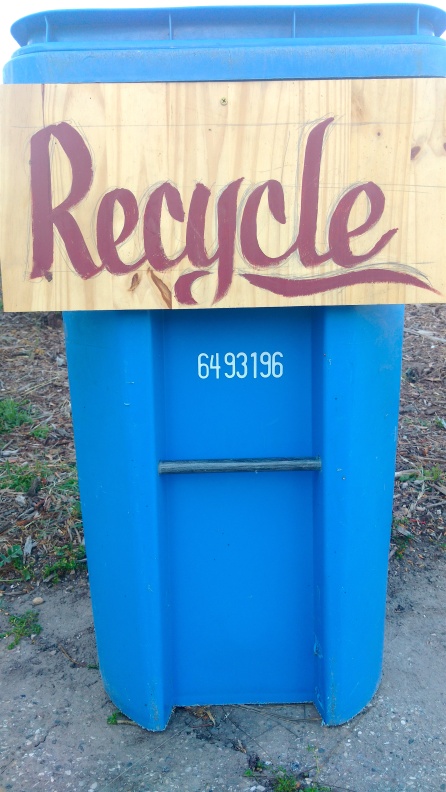 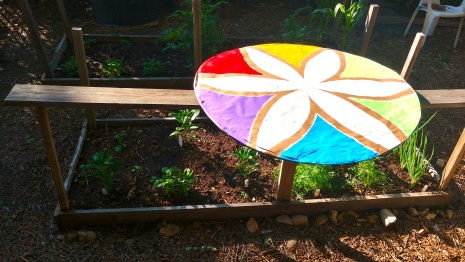 The Earth Day Alliance had a bunch of these circle pieces of cardboard and didn’t know what to do with them so I made Rainbow Seeds of Life. 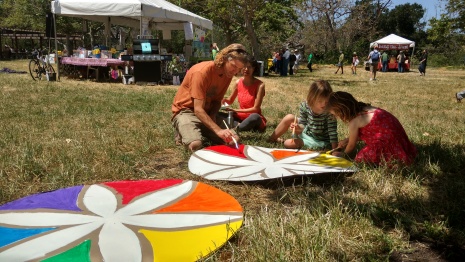 It was great to have community engaging and painting sacred geometry Rainbow Seeds of Life together. 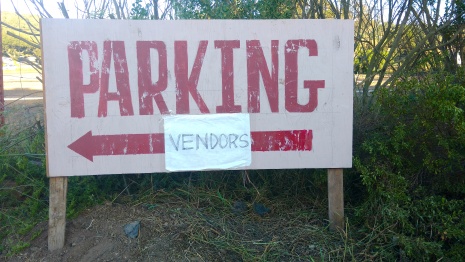 They needed “massage” signs so I found a piece of wood then Hand wrote and painted on the spot.

Here is the Schedule (posted around the event) on the back of the Welcome Map so people could plan their day. It was critical to have lots of community support to make this event great. Thanks to these CCC helpers. 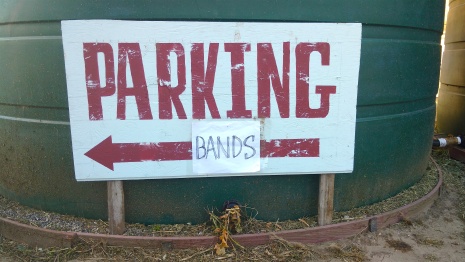 I remember last year when I arrived at the Earth Day event I wanted to know what I wanted to check out. So this year I made a Welcome map of the attractions so people could easily find what they are looking for. 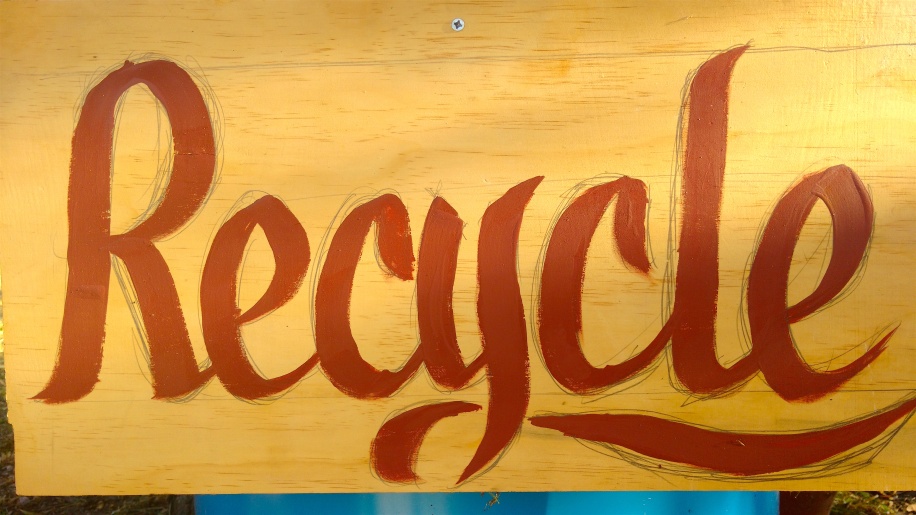 Earth Day had reached into its current status as the largest secular observance in the world, celebrated by more than a billion people every year, and a day of action that changes human behavior and provokes policy changes.

Today, the fight for a clean environment continues with increasing urgency, as the ravages of climate change become more manifest every day. We invite you to be a part of Earth Day and help write many more chapters—struggles and victories—into the Earth Day book.

Stay tuned! 2020 marks the 50th anniversary of Earth Day. In honor of this milestone, Earth Day Network is preparing to announce an ambitious set of goals to shape the future we need. – See more at: http://www.earthday.org/about/the-history-of-earth-day/#sthash.hS6UIvBX.dpuf

Do you have great neighbors?

Sometimes when I need help, we all do at some point, it is wonderful to have supportive neighbors. My neighbor always helps me recently he helped me a with our community library. I wanted to give back so I made him business cards.  END_OF_DOCUMENT_TOKEN_TO_BE_REPLACED 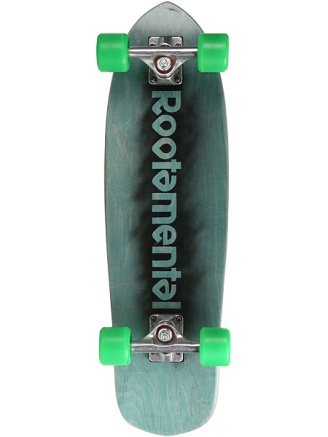 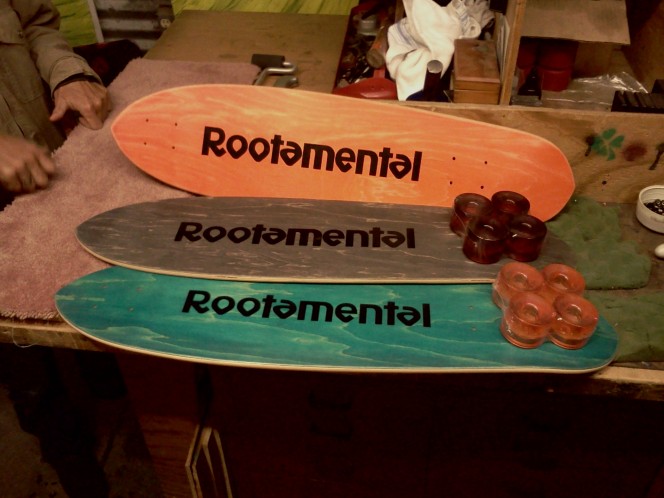